I haven't done a Design Wall Monday post for a long time because my wall looked the same for months on end. And really, could anything be LESS motivating than a project that lingers and subtly shames you every time you look at it? And, why don't I figure that out sooner than later? 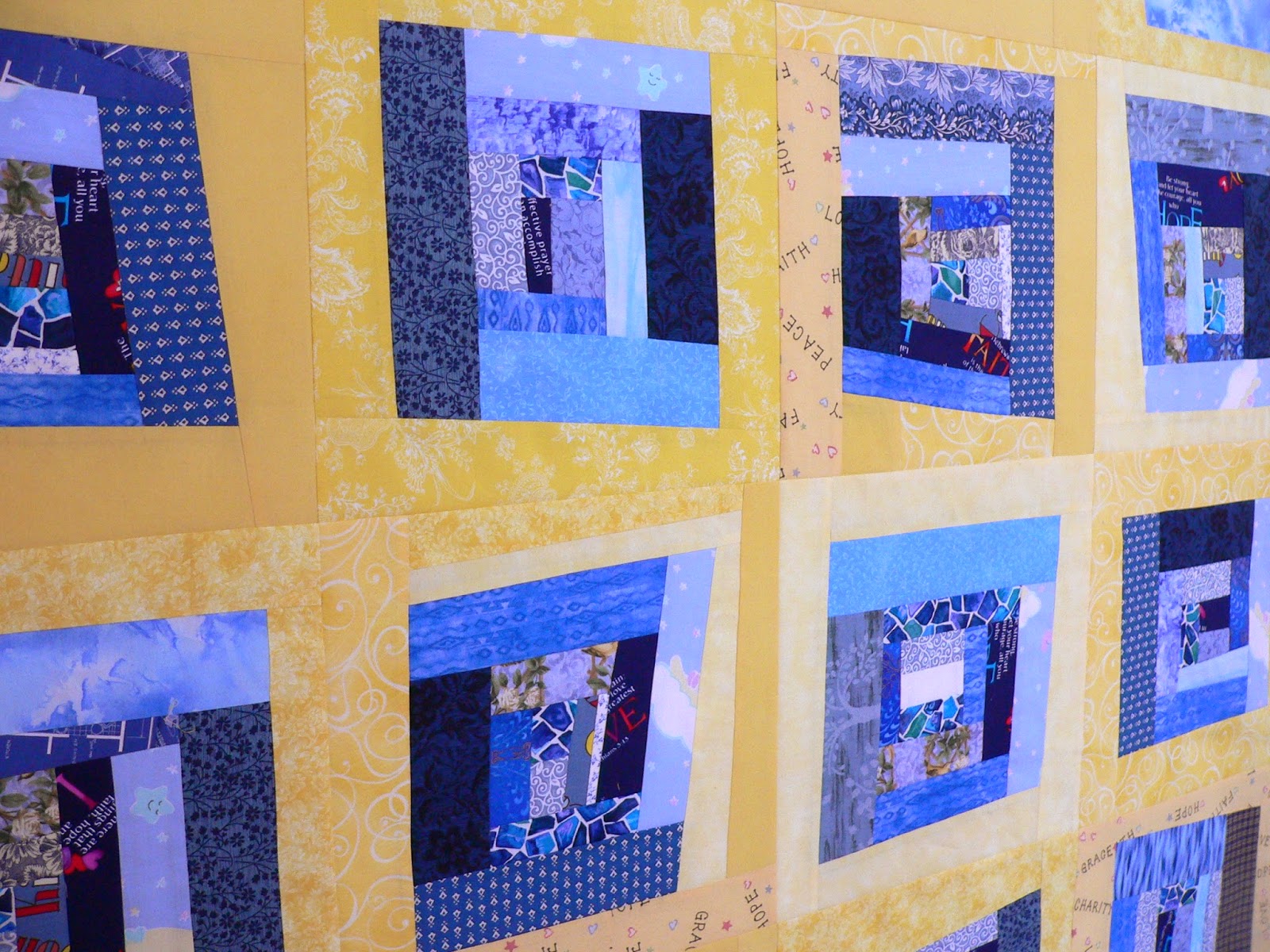 It's going to be a good week of sewing - I can tell because I've already been sewing this morning and I rarely sew before 11. And NEVER before 9! Blue Slabs on Yellow is a flimsy after putting the last 2 rows together and I'm really liking how it turned out. It's a happy mix of scrappy shapes and it was a fun experiment along the way too. I pulled out my Mary Ellen's Best Press and gave each slab a liberal spray to stabilize all of the bias edges before I trimmed them up into 12.5" blocks. 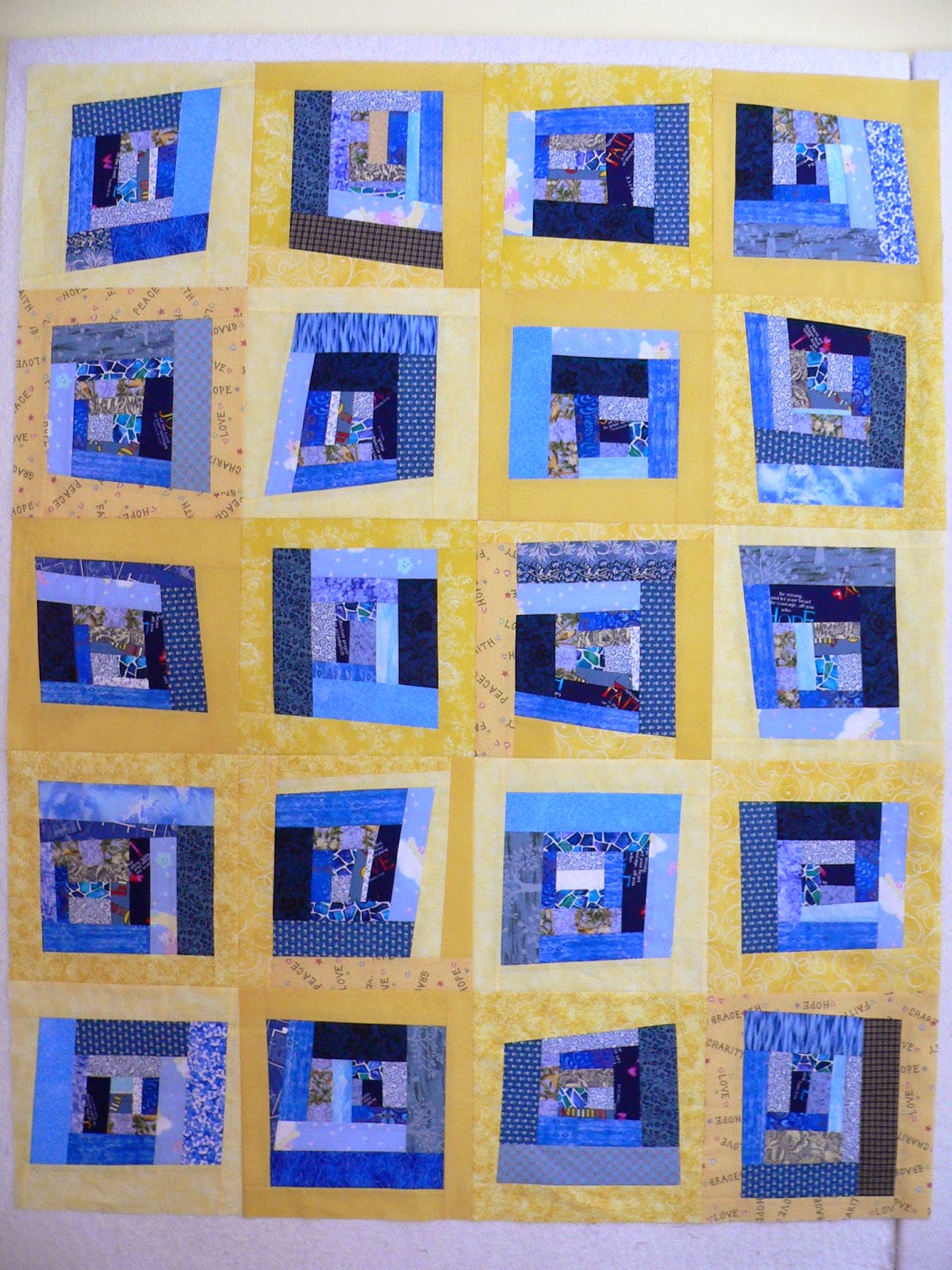 I'll sort through my trimmings and put them away to deal with when yellow pops up for RSC15. 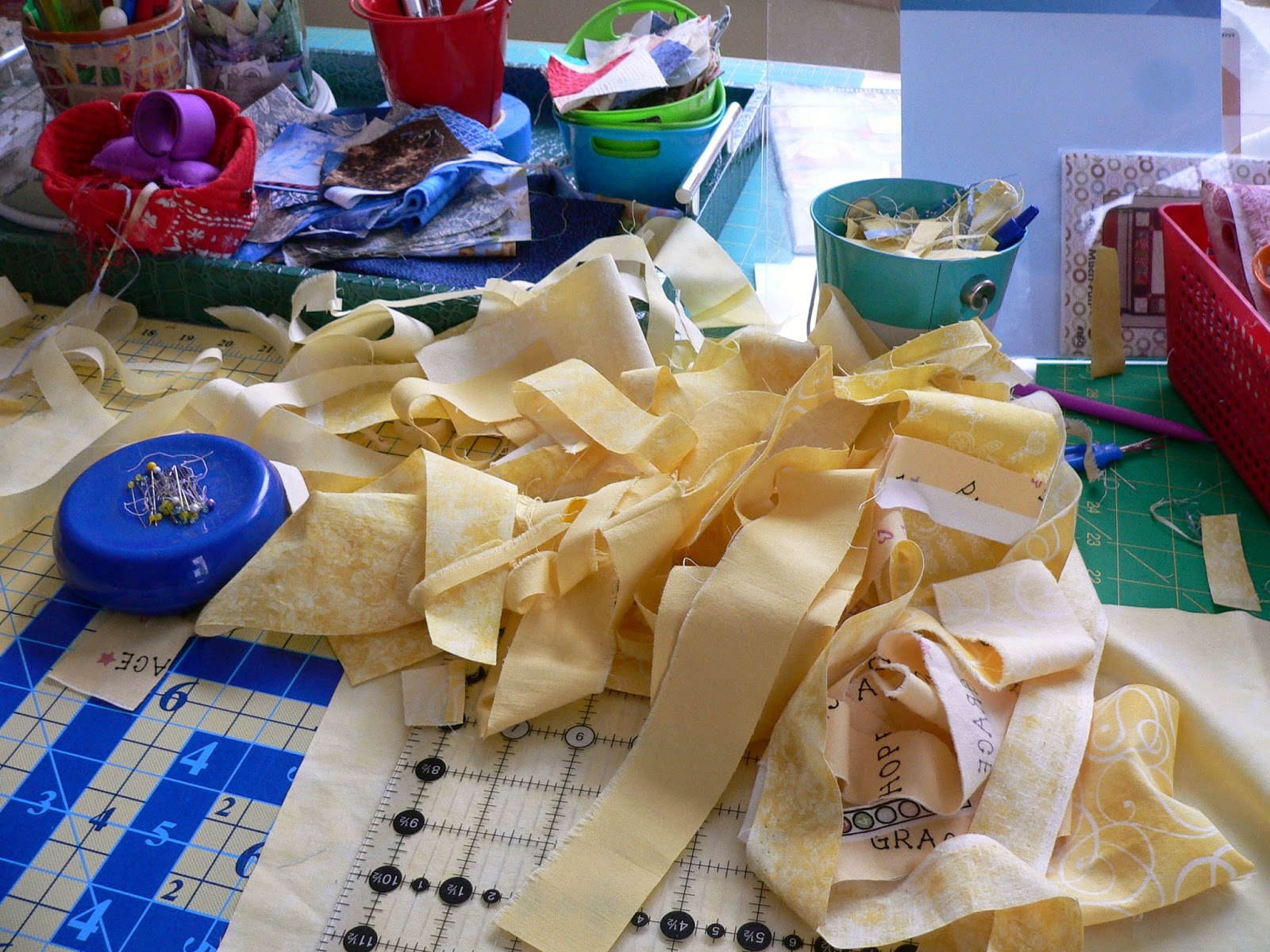 Last night I spent some time excavating an old UFO. I have been emailing with Vic who has a lovely blog called Park Hill Farm for some time about our Sunny Lanes projects. She encouraged me to consider using it as a leader ender project and I'm excited to get that underway. During the summer of 2013 I got into a system that worked well for me where I used the right side of my design wall to build a UFO as I was working on a primary project on the left side of my wall. Here's a pic from an old post to illustrate. 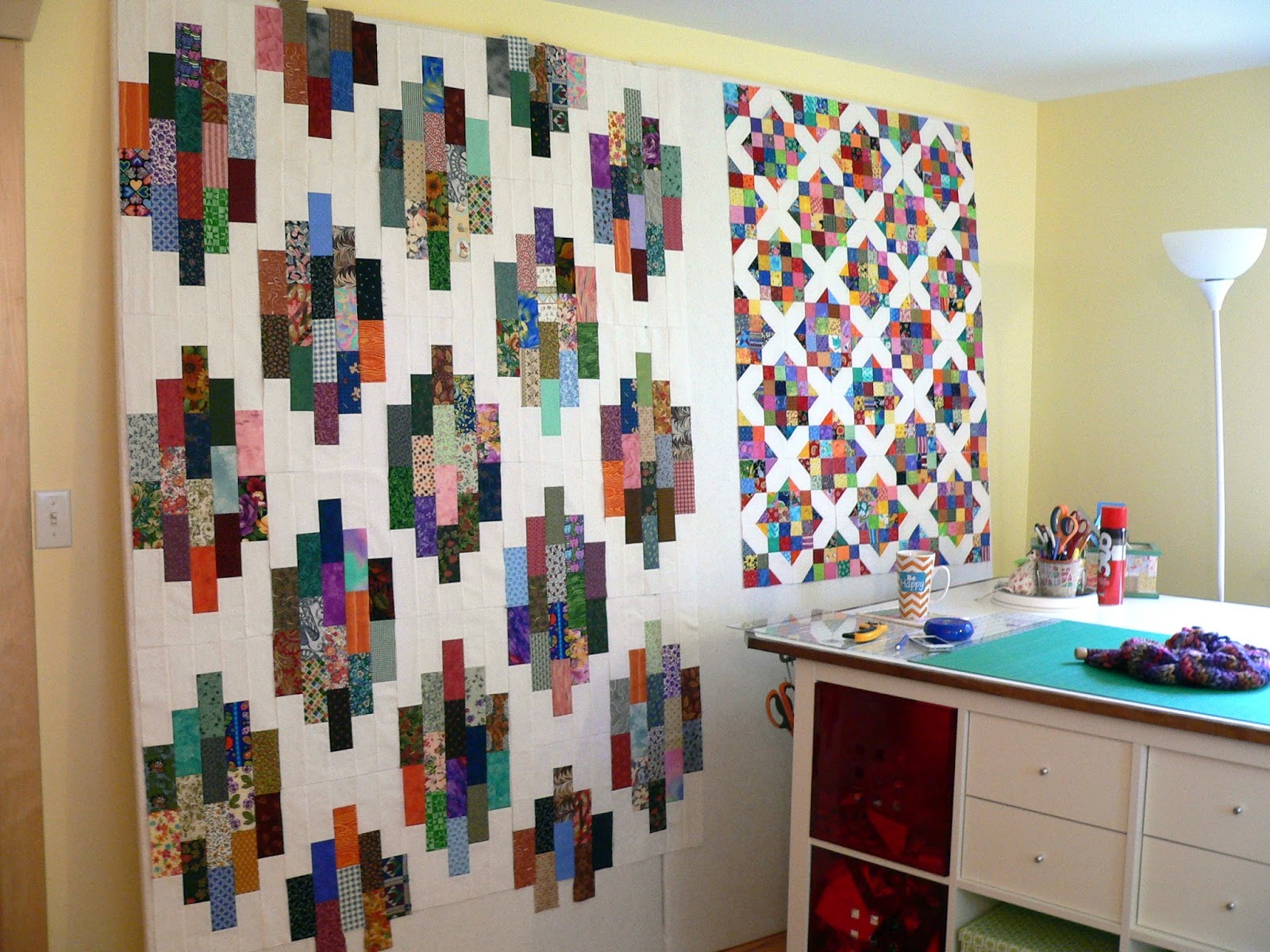 While I was working on Scrappy Strip Stacks (left) as my primary UFO I was assembling the sub units for Arkansas Crossing. Double motivation to keep both quilts growing is what it boils down to for me plus I simply love having a wall of quilty art to admire! 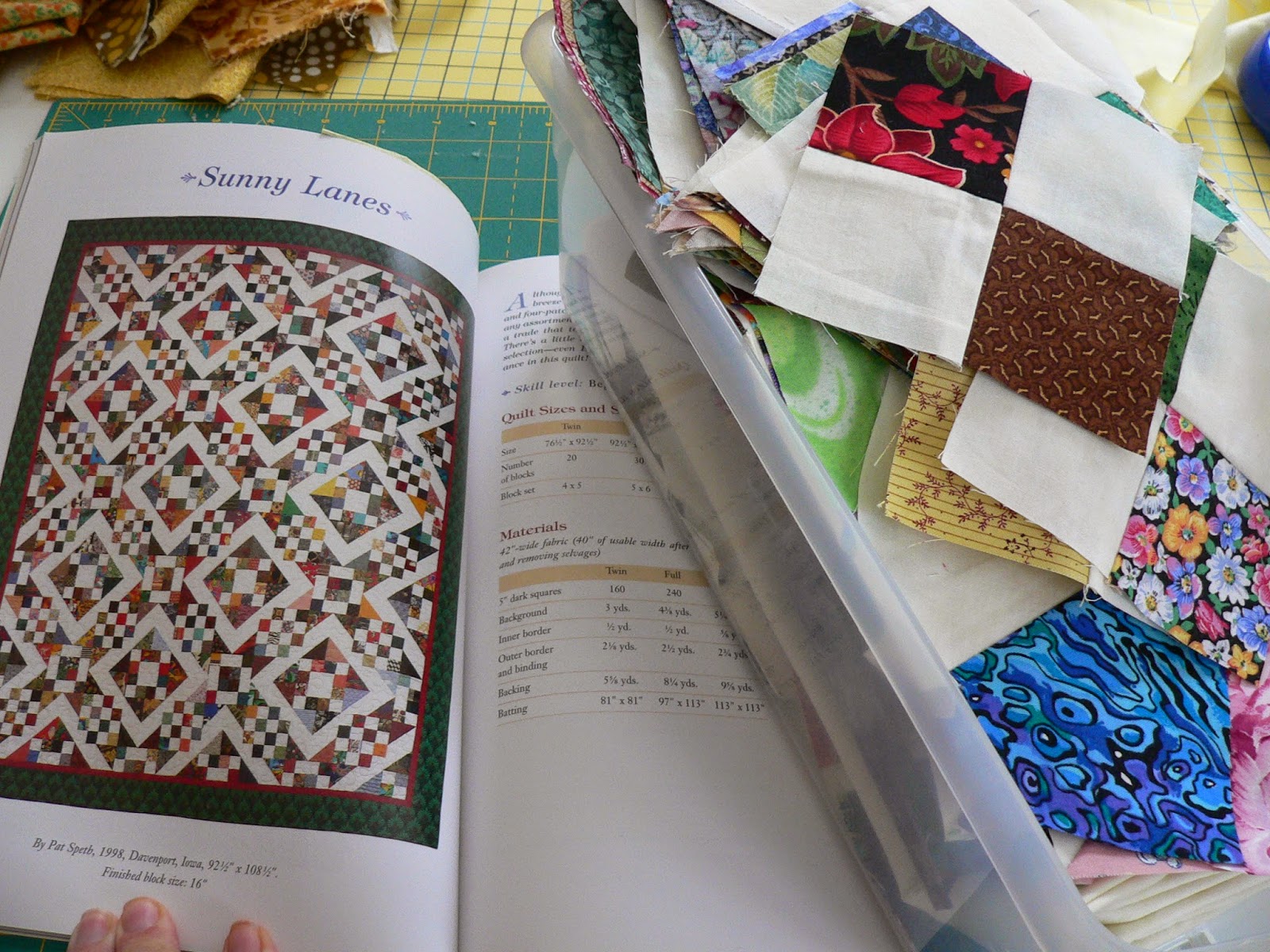 Sunny Lanes is another Pat Speth design from her Nickel Quilts series of books. It was an immediate favorite for me due to the fantastic secondary pattern created by the strong contrast in the blocks. And, as you can see, I've already created a fair amount of the parts. In my previous life as a Prolific UFO Maker I spent 90% of my sewing time piecing. 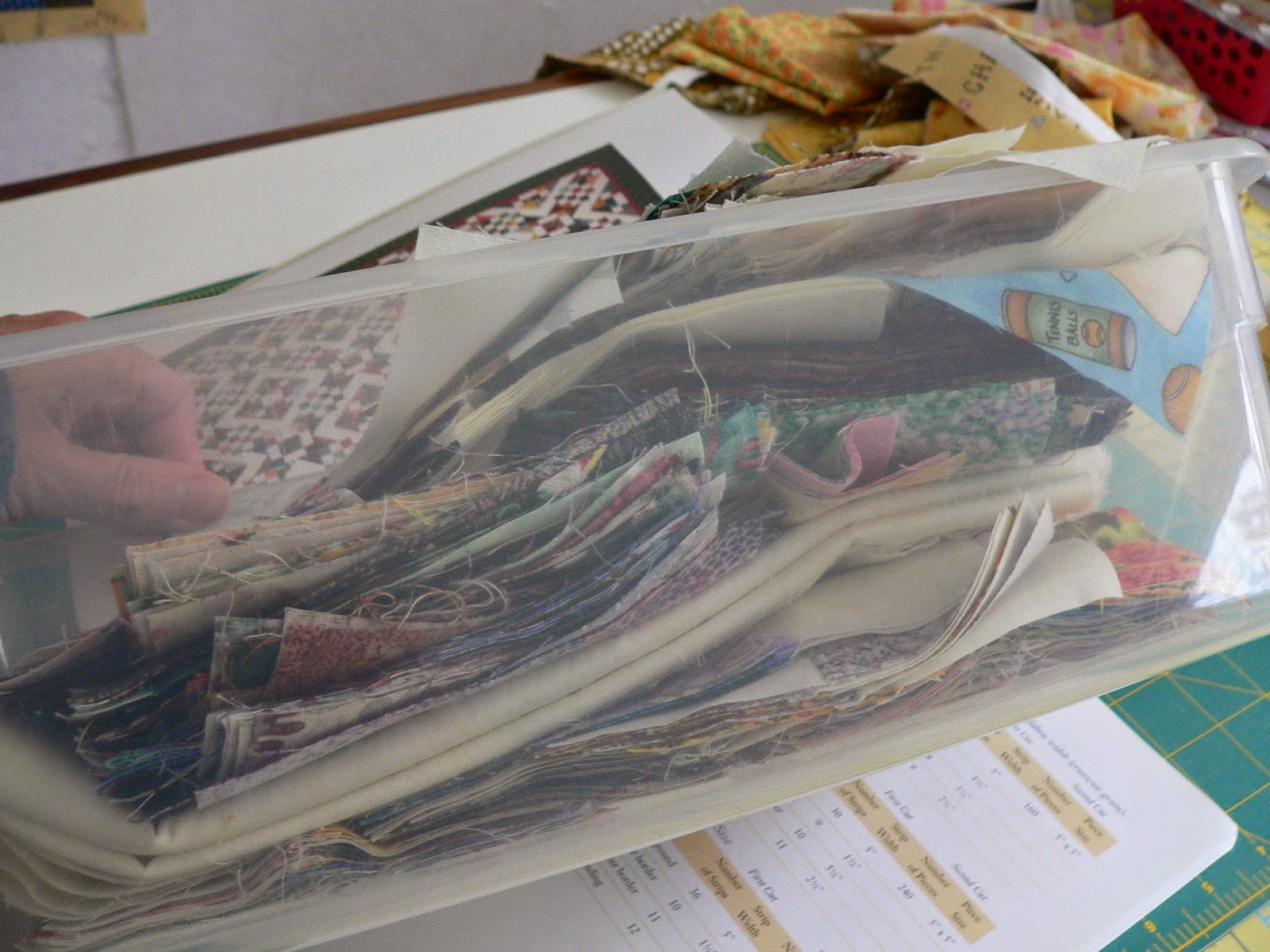 And, I would always sew just a few blocks together to make sure I was on the right track before going back to my happy place - piecing. The 2 blocks on the right are my test blocks and both of them had errors in them. I fixed one last night and then saw the other as I laid the blocks out and started building the next 2 blocks. Can you see it? 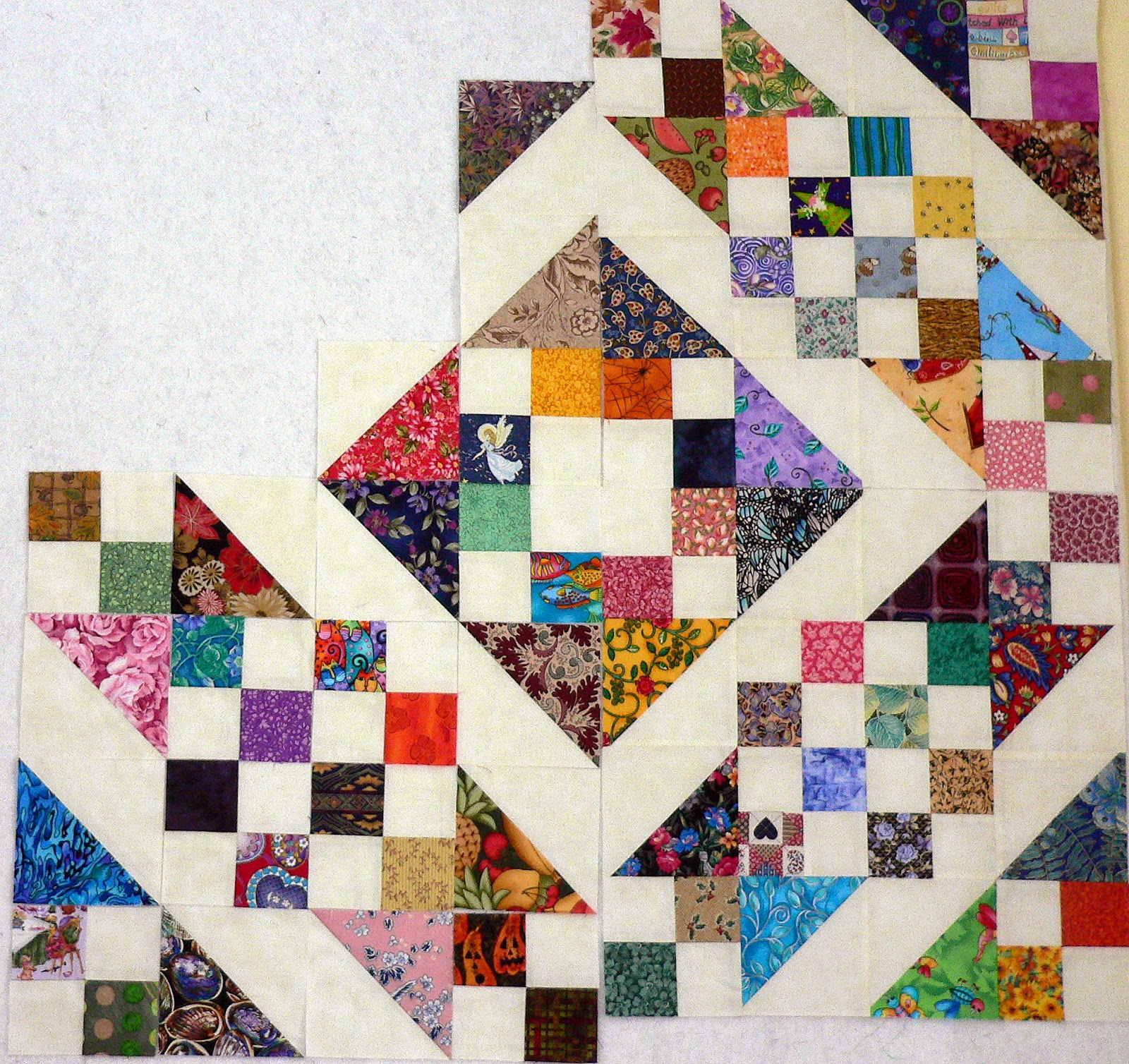 My plan for today is to fix that block, clear off my worktable and sort through the parts in the plastic bin to tally up where I'm at with my supply of 4 patches and HST sub units. Then I'll be ready to "load" a primary UFO on the left wall. I can safely say my quilting mo-jo is back!

I'm linking up to Design Wall Monday@Patchwork Times.
Posted by Deb@asimplelifequilts at 8:04 AM