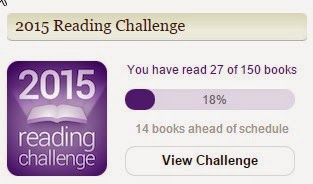 I obviously spent WAY more time reading in January than anything else... I knew I had passed 20 but didn't realize I was pushing 30. It was one of those months where the books I had on request from the library in all forms - audio, ebook and real book - kept coming in and the more I read the more I wanted to read!

My 1st 5 star read for 2015 is Olive Kitteridge by Elizabeth Stroudt. I first read this collection of short stories years ago and really enjoyed it. Now that I'm growing closer in age to Olive I loved it the 2nd time around. I'm not a huge fan of short stories but I liked how Olive was a central character in some of the stories and was on the periphery in the others. HBO recently made the book into a mini series starring Frances McDormand as Olive. I have yet to see it but I'm convinced that Frances was well cast.

Here are my January 4 star reads:

I watched the The Book Thief movie on the way to Kauai in December and also watched The Lovely Bones and Revolutionary Road last month. It's always interesting to see how the screenwriter(s) adapt books to the big screen. Generally I prefer to read the book first but I enjoyed The Book Thief and Revolutionary road enough to seek out the books in this case. I found The Lovely Bones to be a horrible adaptation and decided to re-read the book to confirm my opinion.

The 3 Richard North Patterson books are a trilogy about a politician and former lawyer who seeks the Presidency. I don't blog about politics but I will say that if you are a staunch conservative you might not enjoy this series.

While I had planned not to do any themed book challenges this year I did come across a general list that I've decided to do. You can find it HERE if you are interested. So far I've checked 13 off the list and it's been kind of fun to scan my bookshelves for anything that fits. 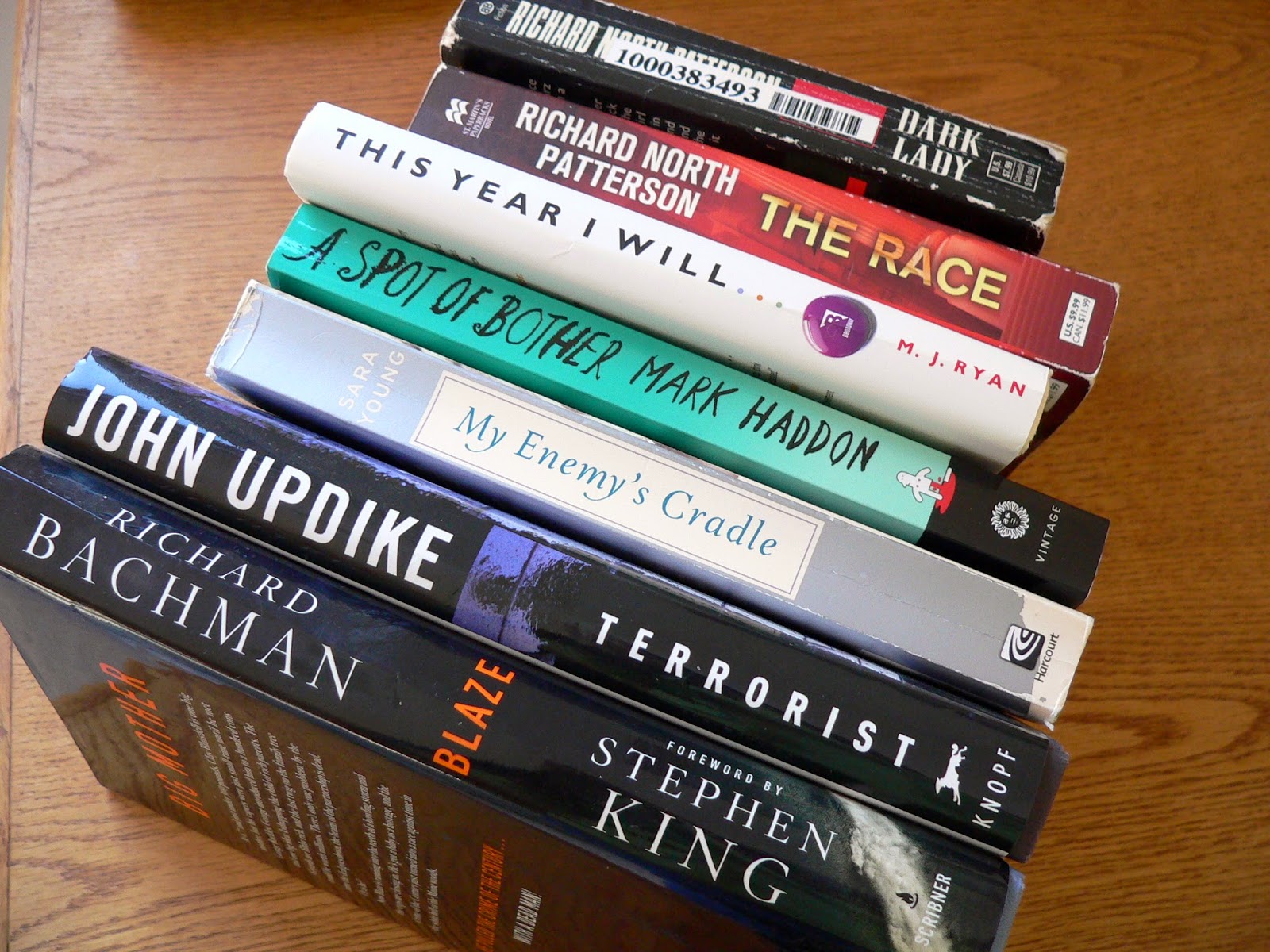 I've pulled these books for February off my shelf - a mixed bag other than continuing my Richard North Patterson reading. 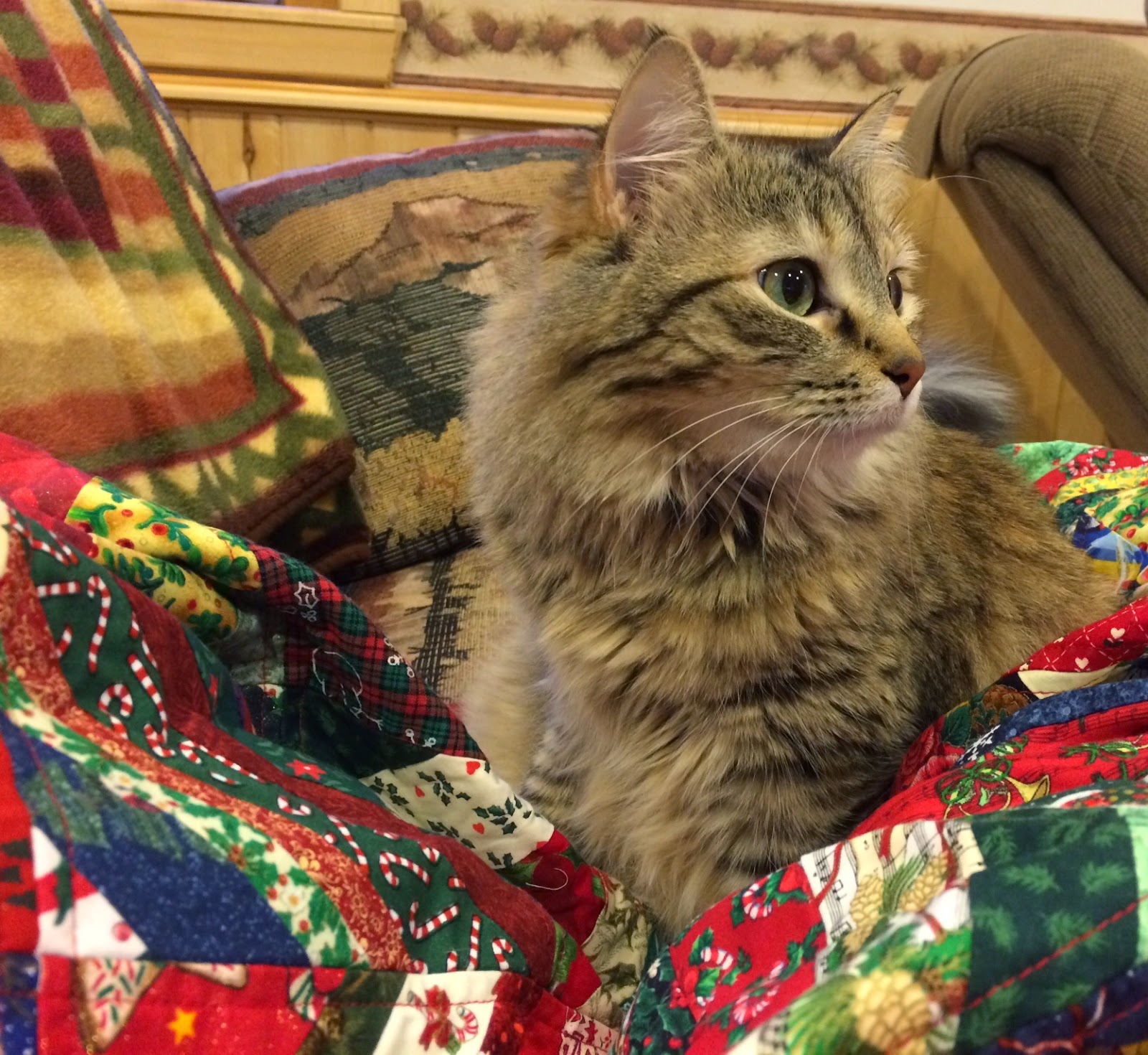 Here is Elsa "watching" the Super Bowl the other night... oh my what a game that was! She was so entranced with a new quilt to investigate and spent most of the second half cuddled up underneath it until we got too noisy for her. I'm happy to report that I'm about halfway done with the seam ripper!

I'm linking up to the Bibliophile Files@sarahdidit!.
Posted by Deb@asimplelifequilts at 11:03 AM