I have a new UFO up on my wall and am once again assembling the blocks as leader enders which has been working so well for me since late summer. This is an early Chez Moi line that I had a couple of charm packs of and somewhere along the way they became pinwheels. Right now they are just up on the wall randomly (I'll be scattering those solids around the top) but they are very pretty to look at on these seemingly endless grey days. 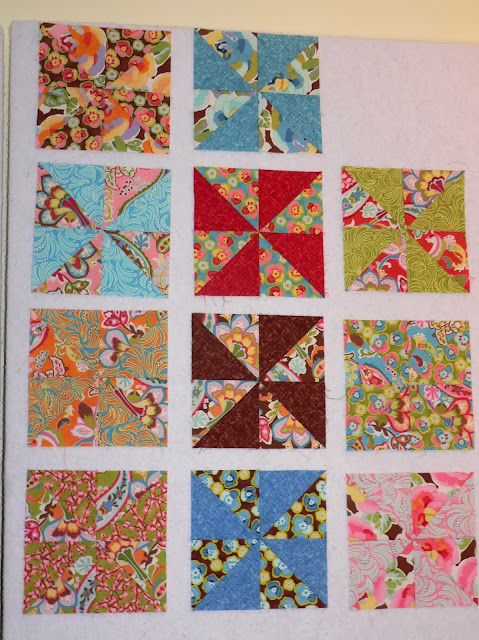 I'll have enough charms to make 20 blocks and then I'll add sashing in white with cornerstones and a border using the matching yardage in the top left corner. Did you notice how I managed to pull out yet another HST project? So much fun! 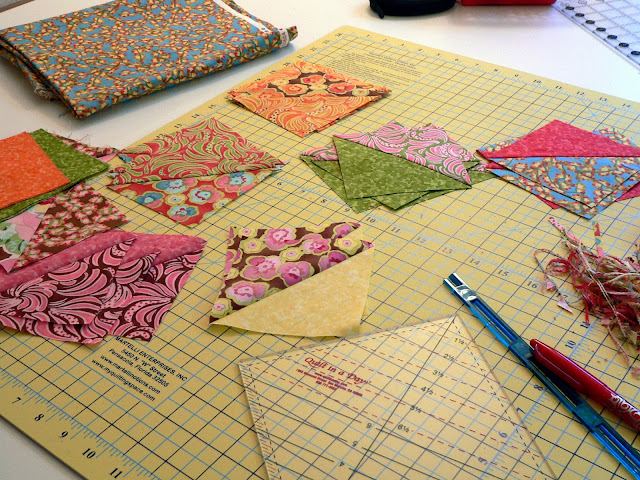 Thanks so much for everyone who weighed in on yesterday's post and cheered me on... I now have block 7 of 9 done and I'm thrilled with it! I've included my leftover material scrap just to show all those little zigs and zags that get snipped out along the way. The next block is called "Cut it Out" and it's going to have a spiffy teal rotary cutter in my version. 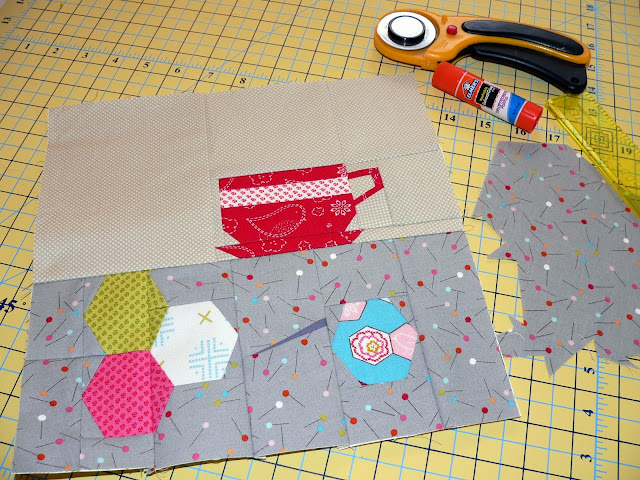 I'm linking up to Design Wall Monday@Patchwork Times.
Posted by Deb@asimplelifequilts at 10:44 AM