Batik Noodle Recipe 2 is finished and I will share Batik Noodle Recipe 3 tomorrow since I've decided that each quilt deserves it's own finish post. Just because I tended to create UFOs in bunches doesn't mean they have to stay that way right? 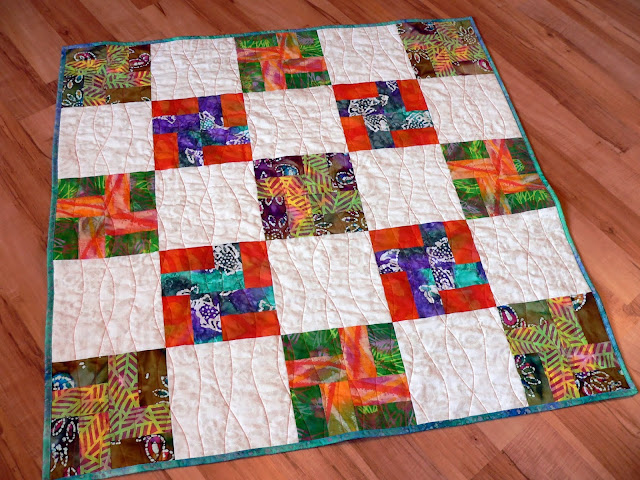 I tried another variation on wavy walking foot quilting by crossing the lines that follow the main seams of the blocks and adding a single line in between. I used orange Connecting Threads Essential thread since that was the predominate color in the blocks. I really like the playful/whimsical element it adds to the quilt! 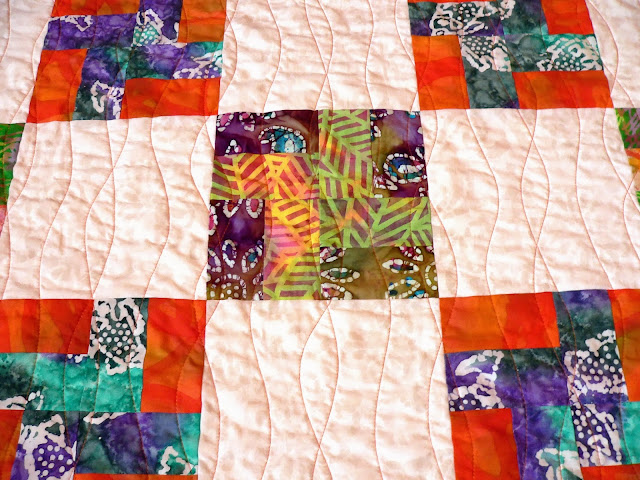 I didn't have any batik yardage for the backing so I used some leftovers from other backings that had kind of a batik-y look and the same batik binding from Batik Noodle Recipe 1. It's hard to justify the cost of batik backing at full price for a donation quilt but I do like my backing to complement the top. I think it works. 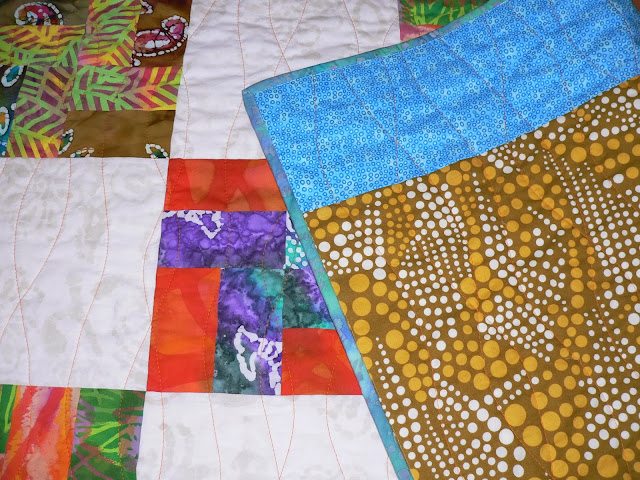 Batik Noodle Recipe 2 is my 65th UFO Finish since 10/1/2012 and will be donated to Project Linus. You know how I like to note the significant numbers as my UFO Countdown continues. 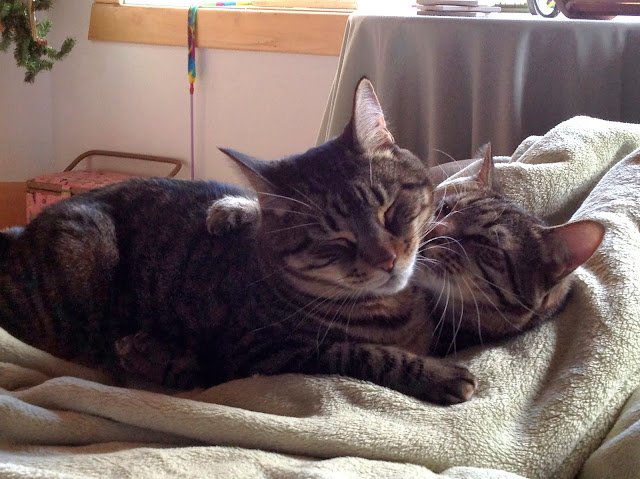 Gratuitous grand cat photo of cuteness I couldn't resist sharing... this was taken on their last day here. That's JMeow getting the "spa" treatment from Jax. If you look closely you can see that Jax has both front paws hugging JMeow. Tucker is the only one around here who doesn't miss them!

I'm linking up to Freemotion by the River.
Posted by Deb@asimplelifequilts at 7:38 AM