Elsa was a lucky girl to spend 2+ weeks with my parents while we were on our Kauai trip. We have always boarded our cats when we are gone over the holidays because it's such a busy time and it seems like an imposition to have our usual helpers come in to feed them. When we had to put Tucker down unexpectedly it seemed like she would be so lonely either at home or at our local boarding spot. 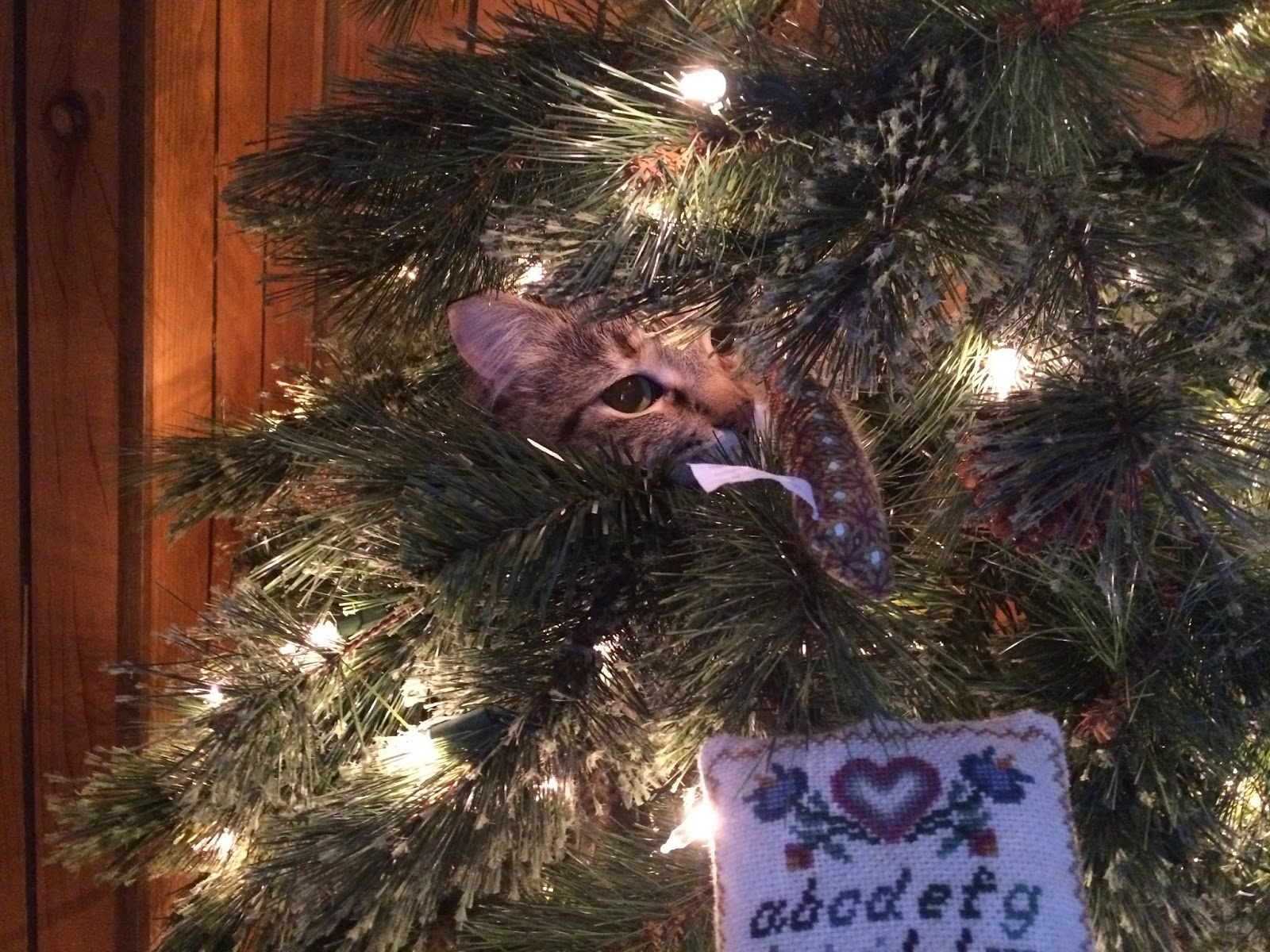 When my Mom offered to take her I was at first worried about her chewing on my Dad's oxygen tube but then I realized that she could stay in their lower level just fine. Problem solved. I truly think that only a Grandma would fill her Christmas tree with Elsa's cat toys and unbreakable ornaments so that she could climb all over it to retrieve them. Am I right?

Mom has apologized in advance in case Elsa remembers this awesome game come December 2015! They had a great time together and it sure made our trip easier. My Mom got the best news ever in early January that she would not need weeks of radiation after all due to early detection and successful surgery. Life is good! 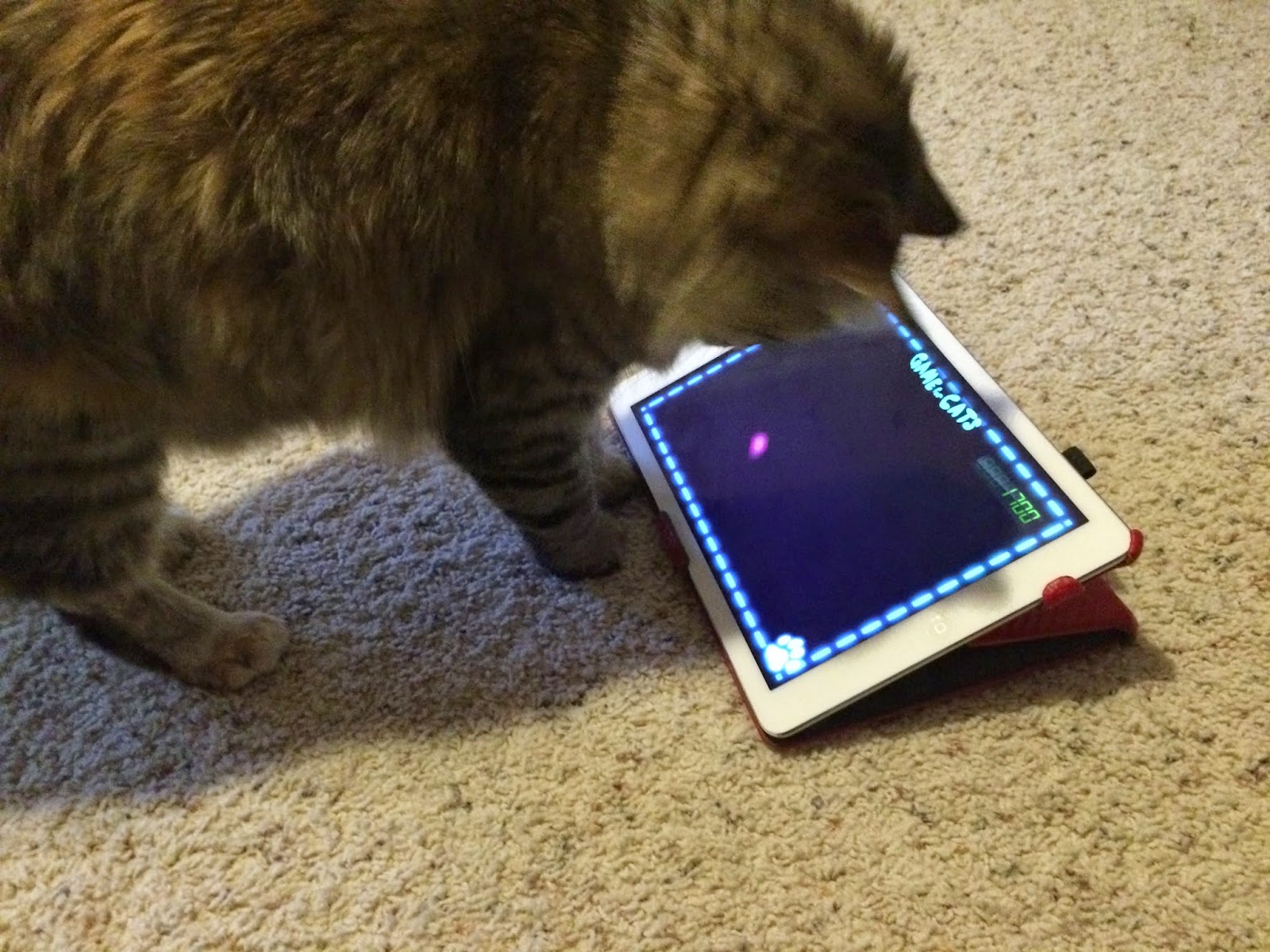 Sorry for the slightly blurry photo but this totally cracks me up. Tom came home from school last week saying that his 6th graders had shown him 2 iPad games for Elsa to try. So we loaded them them thinking "ya right" but guess what? She loves them, especially this red dot game. Can you see her personal high score in the top corner - go Elsa! This is GameforCats and Jitterbug has crawling bugs but she only seems to care about watching the ladybug in that one. Who thinks of this stuff is what I'm wondering. 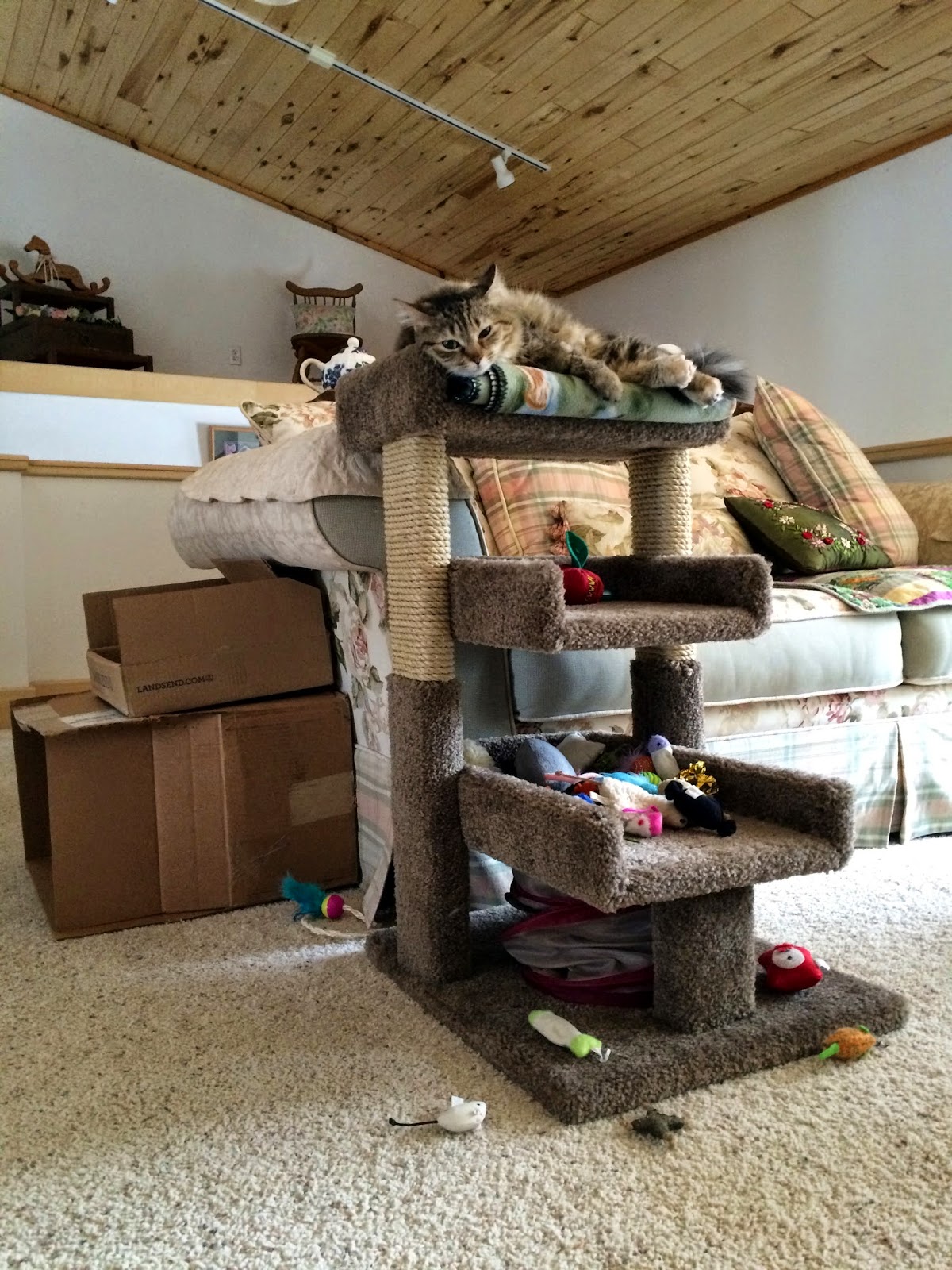 This tower was the kitties Christmas 2013 gift. I thought it had enough rungs to hold them both... but I should have known that only the top rung was IT. There have been many skirmishes over it - Tucker used to go there instantly when he was peeved at Elsa just because it drove her mad. Even though he didn't really fit he still would sleep there. So the lower levels became toy storage as you can see along with a couple of her favorite boxes off to the other side of the loveseat. Elsa and I have a game where I pick up the toys and then she dangles off the top to push them back on the floor where they belong in her worldview. 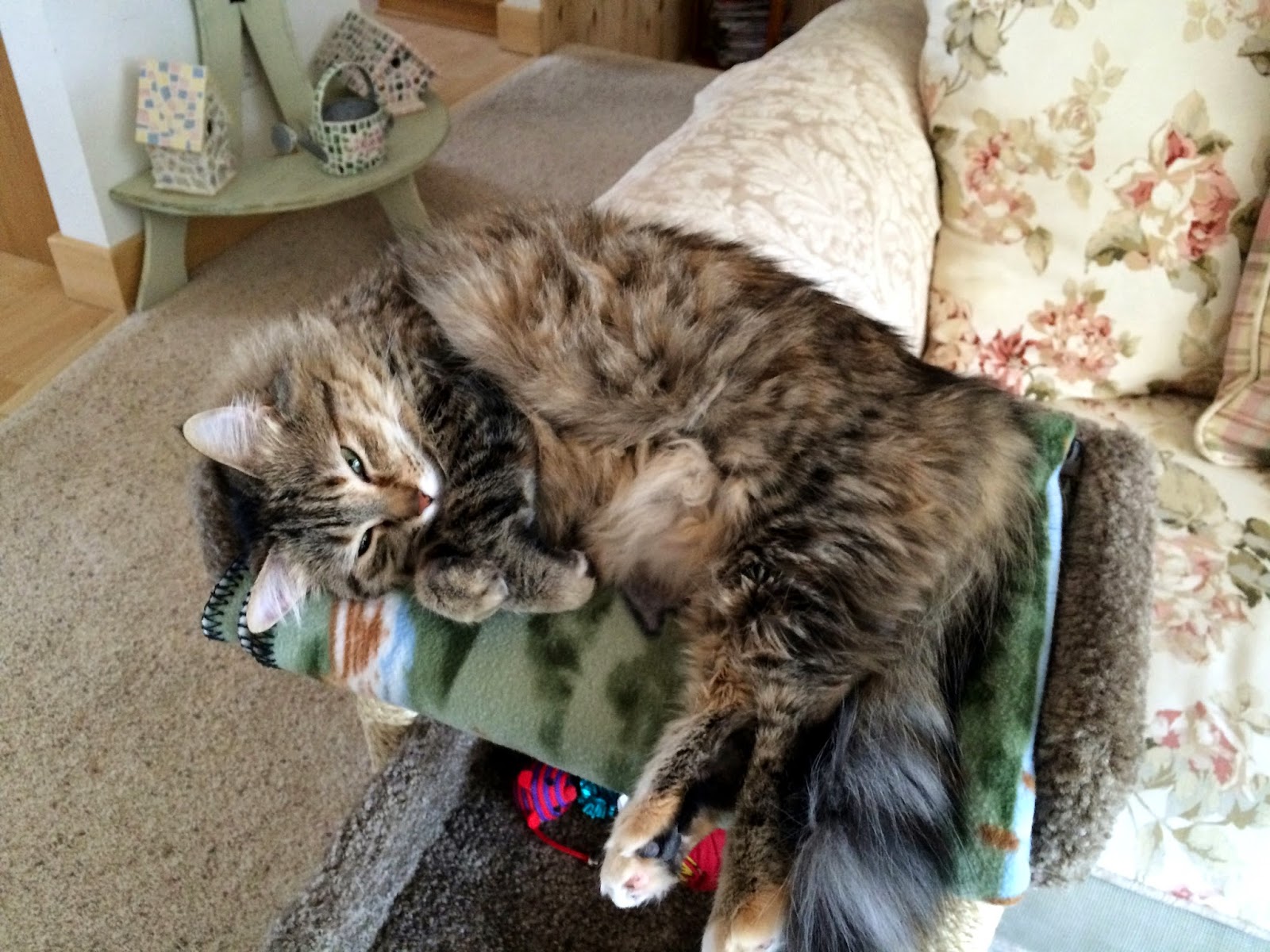 It is also her 2nd favorite napping spot if my quilt covered lap isn't an option. She has a good thing going doesn't she? I'm linking up to sarah did it!.
Posted by Deb@asimplelifequilts at 10:17 AM

Email ThisBlogThis!Share to TwitterShare to FacebookShare to Pinterest
Labels: Elsa